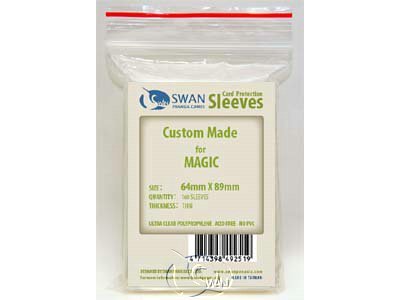 A rift has opened, and unearthly creatures from an alien dimension are streaming into the world. They threaten the planet and the existence of the human race. Defend humankind against the perilous alien invasion as the Marine player! Or, on the other hand as the Portalist player, show those mortals they stand no chance!

Mission: Combat! is a tactical sci-fi card game for two players, one commanding the human Marines and the other representing the alien Portalists. Both have unique characteristics and abilities available only to their respective faction. In general, the Marines can perform ranged attacks and have strong firepower and good defensive positions. The Portalists, on the other hand, can deploy units for free, and their units can move quickly. Additionally, the area cards of the game board grant special abilities to the player who controls them. When a player manages to eliminate all enemy units on his turn, the game ends and that player wins.

To set up the game, players determine a start player, draw five unit cards to their hands, and take alternating turns to bring those units into play on their area cards. Then the game begins, with the start player using two action points (AP) in his first turn. In each subsequent turn, players have four action points at their disposal, which can be spent to carry out the following actions in any order as often as desired:

In addition to the actions above, players can get free actions and bonuses from the area cards they control and can use special abilities that are available only to their faction only. Units are one of three types — Regular, Elite, or Colossal — and can attack only one unit type. For instance, an Elite unit that can deal damage to Regular units cannot deal damage to Elite or Colossal units.

To achieve victory, players need to consider the defense and attack types of their army, and the faction strengths and weaknesses, along with the abilities that they get from the terrain that they control. Choose your side and wipe your opponent from the surface of the planet! 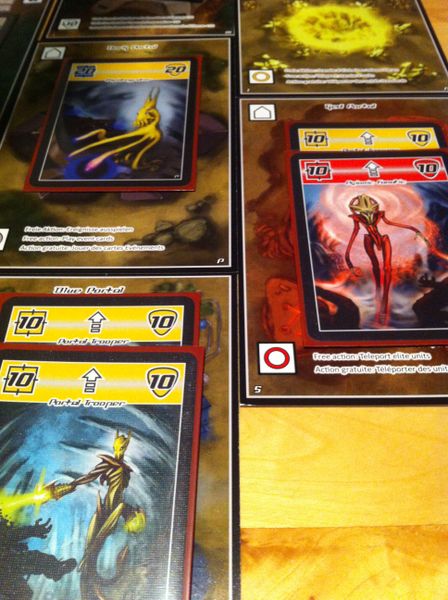